This recipe was my first time using coconut aminos in place of tamari.  While I can’t say it is an exact replacement for soy-sauce, combining it with other ingredients in a marinade or stir-fry sauce is pretty tasty…and soy free too!  As for the recipe, it’s intended to be like most other stir-fry meals – grab what you’ve got and cook it hot and fast with some meat and sauce.  Leave the veggies tender-crisp and you can’t lose. 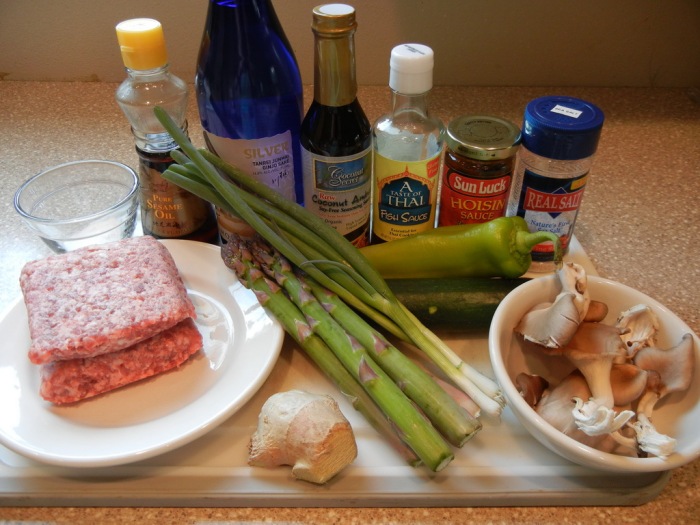 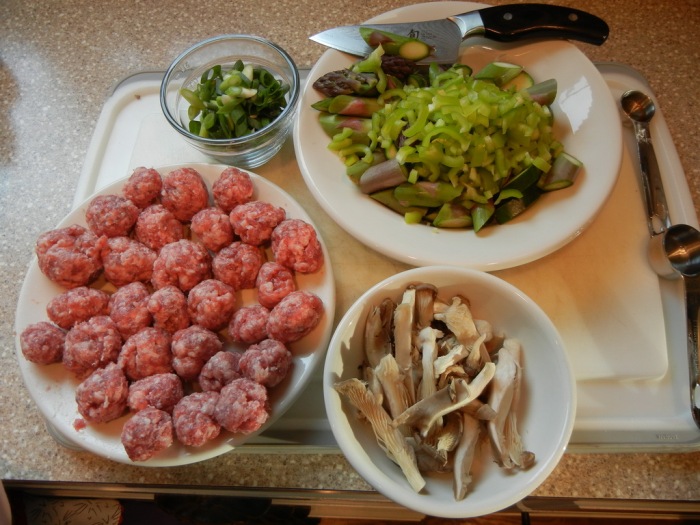 Get everything cut up and prepped ahead of time. When doing stir-fry, you don’t have time to be chopping up the mushrooms while the asparagus is cooking – or you’ll end up overcooking something.  I decided to roll the ground pork up in to little balls (my daughter had fun helping with this), though it’s not really necessary (they didn’t really stick together very well).  The zucchini, asparagus, and chile can all go into the same prep bowl together with the ginger. 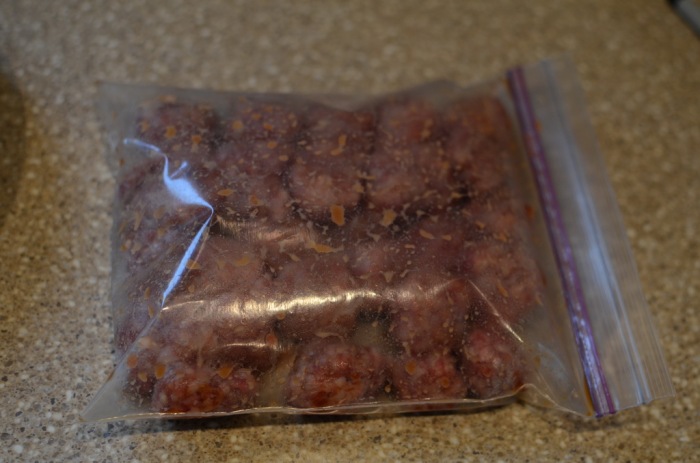 Put the pork in a small freezer bag.  Whisk together 1 tbsp coconut amino with the rice wine and arrowroot powder.  Pour into the bag and toss to coat well.  Set aside. 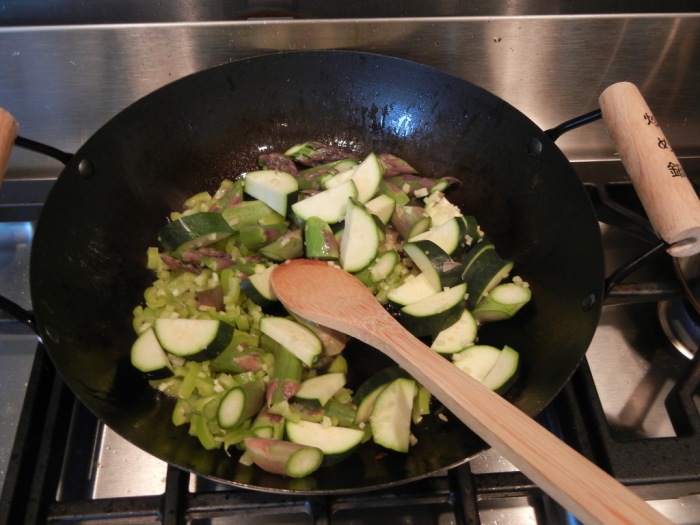 Heat a tablespoon of the sesame oil in a wok over medium-high heat.  When the oil is hot, toss in the veggie/ginger mixture and stir-fry for about 3 minutes until things are crisp-tender.  Use a slotted spoon to transfer the veggies back to their prep bowl. 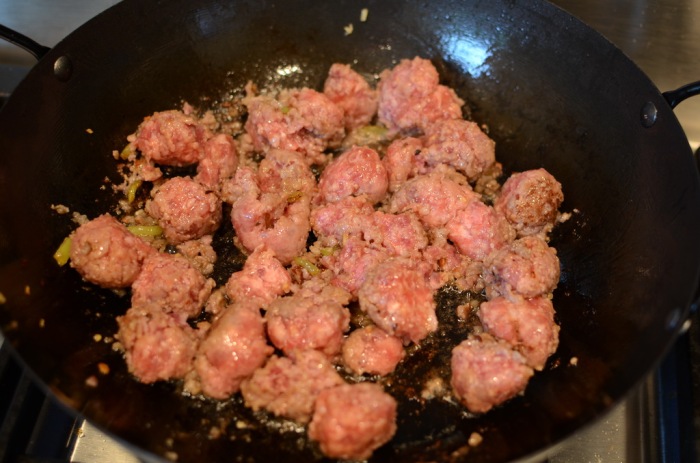 Add about half the remaining sesame oil to the pan and put in the pork (marinade and all).  Stir-fry the pork until browned on the outside and cooked nearly through, adding additional oil as needed to minimize sticking.  This should take about 4~5 minutes more. 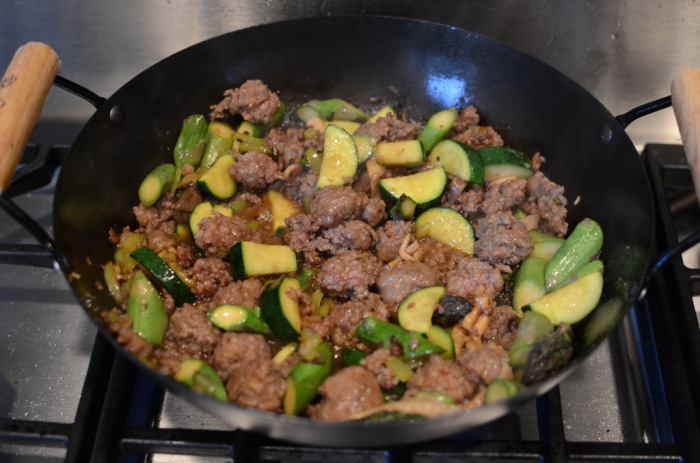 Return the veggies to the pan.  Add in the remaining coconut aminos, the fish sauce, and the hoisin sauce.  Throw in the oyster mushrooms at this time as well.  Cook an additional 2~3 minutes until the pork is cooked fully and everything else is hot. 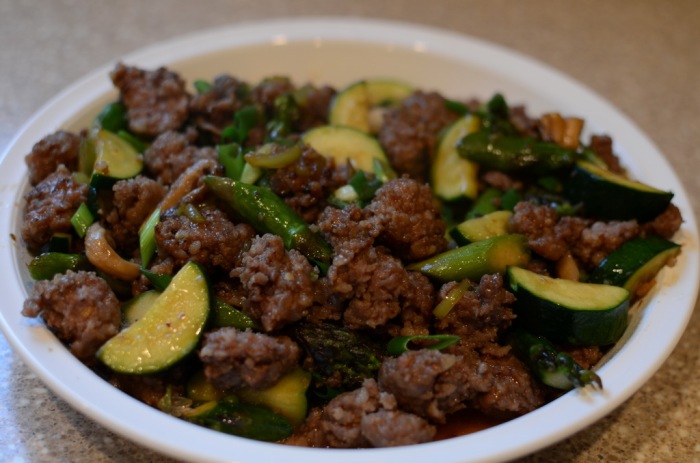 Transfer to a serving bowl.  Add the scallions and toss everything to mix well.  Sprinkle with a dash of sea salt if needed (personally, I didn’t think it needed any).  Dish up!